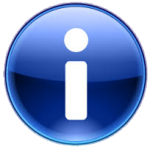 Some things are just too good to lose, and this is one of them.

The complexity got too great, so Clyde withdrew recently from distribution of copyright materials.  With the arrival of the copyright music store on this site, Clyde offered his files and we accepted so they would not be lost to the world.

This, then, is a landing space for the whole of Clyde’s copyright MP3 worship backing music. The samples are lo-fidelity, but the downloads are good quality.  We offer them exactly as they come from Clyde.

My name is Clyde McLennan, and I live in Australia.

I was ordained to the Baptist ministry in the early 1960’s, and for about 35 years I served as Pastor in several smaller Churches, some of which were very small new churches that were just starting. In some of these, I also doubled as the Church musician.

In most of these church situations I also supported myself as a computer software designer, programmer, analyst and consultant for a large manufacturing company implementing process control and process management software for the shop floor environment. I retired in 1999, although continued on in a part-time consultancy role for several more years.

My early musical training was on the Pipe Organ where I learnt to play the classics (Bach etc – and some of those are on the site), but I always had a strong interest in improvisation, and so learnt and experimented with some of the more freer musical styles. You will see my music reflects many of those styles.

These days it is often hard to find suitable musicians to accompany congregational singing, either because the younger musicians don’t like playing the ‘grand hymns of the faith’ or we older players sometimes struggle with the style of the newer music.

In seeking to address this need, which is often acute in small churches, home groups, age care facilities etc, and through the encouragement of Christian friends, I have created these MP3 files whose primary aim is to make good quality accompaniments for congregational singing available at the lowest possible cost.